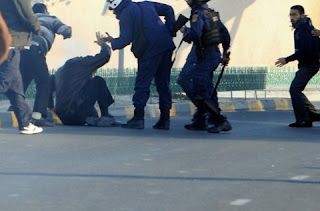 Gunmen have attacked a prison in Bahrain, freeing prisoners and killing a police officer, according to the ministry of the Interior.
“An armed attack occurred in prison, resulting in the death of a police officer and the escape of many prisoners, who were sentenced for crimes of terrorism,” he said the announcement of the ministry.
Thousands of residents of Bahrain, the majority shiites, muslims have been imprisoned on charges of participation in anti-government protests, until the occurrence of attacks against the security forces in Bahrain, which is the basis of the 5th us navy fleet.
Source