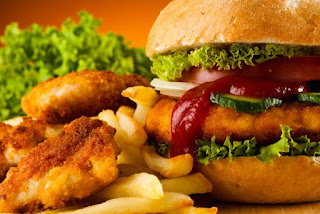 A new survey shows how the consumption of fatty foods for a few days can be…
affect the brain and body long before
see the extra pounds on the scale says
the newspaper “New York Times”.
To determine how the effects of the diet on memory and muscle, the researchers studied 32 rats that ate food with low-fat k were trained for two months to learn how to find his way in a difficult maze, comprised of eight different paths, each of which ended up in a treat – concentrated sugar of milk.
The objective for the mouse was to find each treat without going through it again from the hallway which has already passed. The maze was cleaned with alcohol so the rat to have to rely on memory rather than sense of smell.
All the rats learned the maze, and they found at least six or seven of the eight treats before they make a mistake.
Some of the mice they found even the eight with the first. After the half started to be fed with food rich in fat (55% fat), while the rest of us ate what and previously (food with 7,5% fat). After four days, the mouse ÎºÎ¿Î¯Ï€Î¿Ï… ate the oily food began to falter on the test of the labyrinth: they all did worse than when they ate the normal food.
On average, the rats of the Î´Î¯Î±Î¹ the with high in fat, they found only five treats before making a mistake. The rats that continued with the usual food continued to have the same high performance in the maze (six and more treats before making a mistake). Half of the mice were also trained to run on a wheel.
After only a few days of a diet with high in fat, the performance has deteriorated by 30%. Five days of testing later, the performance of mice who ate fatty foods had been reduced by half.
The results of the survey are published in “The Faseb Journal”, the inspection of the Federation of American Societies for Î•xperimental Î’iology.
Direct impacts
“We expected to see changes, but maybe not so dramatic and not in such a short period of time,” says Andrew Murray, head of research and lecturer in Physiology at the british University of Cambridge. “It is indeed impressive how direct was the impact”.
Although the data for humans is not yet published, the researchers conducted similar studies with diets rich in fat and in healthy young people, who then did gymnastic exercises and cognitive tests.
Dr. Murray says it is still studying the data, but the short-term effect of a diet rich in fat people it seems that it is similar to the effect in mice.
The cognitive function
Fatty foods can cause short-term decline in cognitive function, but it is not known why.
One theory is that a diet high in fat can cause insulin resistance. This means that the body may be using less effective glucose, the sugar in the blood, which is very important for brain function.
Fatty foods affect short-term performance in physical exercise because the body reacts to the high content of fatty acids in the blood by releasing certain proteins that essentially make the metabolism less effective.
Source