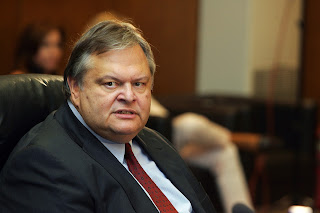 A fierce attack on prime minister Alexis Tsipras…
unleashed Evangelos Venizelos, on the occasion of the complaints of Yannis Varoufakis.
The former president of PASOK featured both “incompetent and cynical adventurers,” and complained that “they played in cold blood, with the fate of the nation and with the lives of Greek women and the Greek”.
“The difference is that mr. Tsipras wanted and wants the Î³Î¬Î½Ï„Î¶Ï‰Î¼Î± in power while misleading the Greek people, he wanted to take us to the third memorandum of hiding it, while mr. Varoufakis was more ambitious, he wanted to threaten the Euro zone with dissolution, without understanding what the costs would be for the Greeks and the Greeks” added mr. Venizelos, speaking in the peristyle of the House.
“It’s a shocking documentary, showing the size of the historical, political, and legal responsibility of mr. Tsipras and his team,” added for the interview of the former minister.
Source