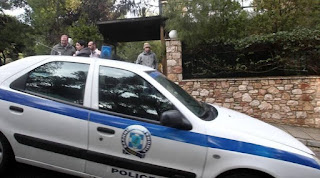 Attacked by a group of anti-authoritarians took in the morning a police car to the police at the junction of Akadimias and Charilaou Trikoupi.
The police had received a signal from the Operations Center to get to the point where I can’t wait to shop owner with footwear, who had been informed that strangers had broken the glass and had grab products. Just arrived at the point of the car a group of anti-authoritarians began to throw bottles and sticks. None of the officers was not injured, but serious damage was caused to the police car.
A few hours earlier, three young men wielding guns stormed a supermarket in the area of Exarchia and after they threatened customers and employees seized all the money found in the coffers and disappeared.