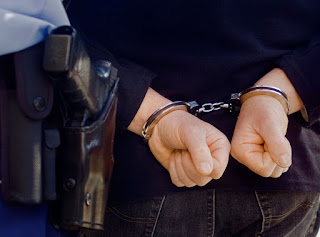 At the Police station Chalkis kept the doctor monkey John ÎšÎ±ÏƒÏ„Î¬Î½Î·Ï‚, who was arrested in America, who for 13 years served in the Regional Office of Skyros and has been sentenced to 22 months imprisonment for forgery which is to be noted, that it is converted into 10 euros per day…
It is recalled that for 13 years, John ÎšÎ±ÏƒÏ„Î¬Î½Î·Ï‚ recently served as director of General Medicine, having a fake degree. Qualifications from the university of Rome La Sapienza, which was filed in 1999, the ministry of Health, and, more specifically, to the then director-general of Health Services Peter Bakopoulos, was fake. This forgery, however, and who knows how many others, as reported by sources from the current leadership of the ministry, no one could be found, since until recently no one made an identification of the data, in order to check the conformity of the supporting documents.
The decision on the appointment of the doctor â€“ monkey in the specific position posted on January 17, 2000, having received the approval of the then general secretary Ioanna Panopoulou (which he performed the duties of the ministry of Health from 2 April 1996 until May 25, 2000, as former minister Lambros Papadimas). Sufficient recognition of the qualification by a certificate issued and certified translations of certificates from the police. But if the certificates were really genuine, that it was checked never.
The scam actually starts from 1993, when John ÎšÎ±ÏƒÏ„Î¬Î½Î·Ï‚ acquires from the public Health directorate of the prefecture of Argolida, the license to practice their profession. Before his appointment in Skyros, again with the same fake certificates, makes the expertise of the hospital Saint Andreas of Patras.
In the 13 intervening years as director of General Medicine, the presence of only subtle it was not. He walked around in a Ferrari, and he had a private plane.
The beginning of the thread…
The strange case began to be investigated after a complaint from a citizen to the ministry of Health. The finding of the Body of Inspectors of Health was a catapult. With the check, it was found that there was no doctor with a degree in this name at the university of Rome, as there was no and in the title of the specialty. Except that all the certificates were fake, circulated by three TIN and three police ids.
Moreover, as the conclusion, the dossier to the ministry of Health for his choice as Director of the Health Center of the Island had disappeared. The same and the alleged doctor, who as of July 2013 never appeared in its place. It was referred to the Disciplinary Board of Physicians, YOU of the 5th Health Region of Thessaly and Central Greece, but was not presented to you to apologize.
Source