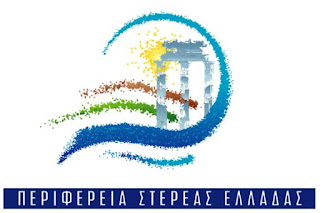 In total mobilisation of all of the services and the mechanism of… Region of Central Greece for dealing with the problems caused by the intense cold that prevails throughout the territory of the last 72 hours.
The entire fleet of vehicles intervenes at the points of heavy snowfall with the result that the whole of the road network remains open.
Because the snowfall is continuous, please transit from central Greece guides to be equipped with snow chains and to avoid travel on provincial roads with difficult access, principally in the highlands.
Of our services is a continuous recording of the problems in order to intervene immediately and effectively. Up to this time recorded:
In P.E. Boeotia remain closed schools, primarily in areas located in the mountainous areas of the prefecture. The roads are still all open and the transport is carried out normally. Machinery of the Regional Unit is arranged in the nodal points of the road network and undertake where required. There is a sufficiency of salt. At this time there is snowfall.
In P.E. Evia remained closed schools in the Municipalities of Î”Î¹ÏÏ†ÏÏ‰Î½-ÎœÎµÏƒÏƒÎ±Ï€Î¯Ï‰Î½, Kymi-Aliveri and Mantoudi-Limni-Agia Anna. The whole of the road network remains open and, in places, of the provincial roads required chains. Attempt machinery of Regional Unity, as well as leased vehicles in all road axes. At this time there is snowfall.
In P.E. Haryana will remain closed all of its schools. Operate company vehicles and individuals. The provincial and the national network remains open, but traffic is carried out with chains. There is total and intense snowfall throughout the county, while the difficult access to certain remote parts of the district network.
In P.E. Fthiotida remain closed all the schools in the county, except those located in the Municipality of Lokron. On the road Lamia-Domokos and Lamia-Karpenisi national road required chains. In Brallo is not detected a problem in the road network. Attempts the entire fleet of snow plow machinery of Regional Unity and leased vehicles. At this time there is heavy snowfall.
In P.E. Fokida remain schools closed in the mountain of the prefecture, while all the machinery of both the Region and leased continue to operate and there is a sufficiency of salt . The roads remain open, and there was a heavy snowfall.
The Region of Sterea hellas is in constant readiness, and intervene where needed for safety in travel and the everyday life of the citizens.