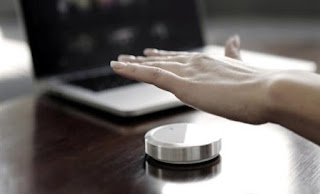 Down from the 300 million. devices, found the worldwide PC market in 2015, reaching… the 289 million. pieces from 314 million. 2014. In percentage terms, the last year recorded a fall of 8%, which was unable to mitigate even the traditionally good for the industry 4th quarter of the year.
And at the level of the quarter, according to preliminary data by Gartner, there has been a fall of 8.3% compared with the corresponding period of 2014, while Greek segmental and the global market moved to 75,7 million. devices.
As stated in a relevant announcement on the website of the APRC, the analysts at Gartner estimate that in 2016, the global computer market will move downwards at a rate of 1% in relation to 2015, with a dynamic mild recovery will not be excluded, however, late in 2016.
As they note themselves, the global computer market is in the midst of a structural change, which will result in a reduction of the installed base of PCs in the coming years.
In the region of EMEA (Europe, Middle East, Africa), the fall in sales of computers that was double the world average, with the market declining by 16% in the 4th quarter.
The rapid decline was attributed both to the exchange rates in relation to the dollar, and conditions of politico-economic instability in the region. It is significant that at the level of the year, sales of PCs in the region of EMEA declined at a rate of 14%.
During the 4th quarter of 2015, the HP won first place among the five strongest party, although it saw sales in the region to decline by 13.6%. In second place was Lenovo, which also recorded a reduction of sales at the level of the pieces. The third in the ranking Asus was the only manufacturer in the top five, which showed – even if it is completely marginal, of the order of 0,4% – development.