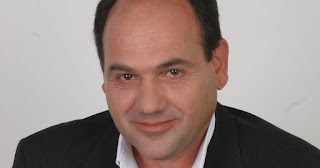 It is a common assumption that in the postwar period of the Greek Democracy -and not only the electoral system served political expediency and self-interest. Therefore I don’t… need a special argument for the obvious desirability of SYRIZA for the substance of the legislation and the time deposit.
It’s important to see if the policy context and the stakes of political stability is best served by the existing electoral system or the proportional representation proposed. Anyway I don’t see it is proposed that a stable electoral system constitutional, which may cure deficiencies and distortions in the political life of the place.
Let’s see what has happened until now. Despite the unacceptable high bonus of 50 seats, which applies the years of the crisis, we had governments cooperation. Some of these, such as today’s, are disparate and politically paradoxical. We should not ignore also that the measurements of public opinion, for the first time, record the will of the citizens for governments cooperation and acceptance of proportional representation with increased rates.
Proportional representation would change the political behavior of citizens and political parties, will streamline the next government shapes and will create conditions of political stability. I do not call the constitutional equality of votes, the faithful reflection of the will of the citizens and the years of recorded view of the Left on this issue. Unfortunately, such views are not significant to the would-be framing of power. The simple analog will prevent the polarization and acts prohibitive for anyone seeking self-reliance through second elections.
The question of ÎºÏ…Î²ÎµÏÎ½Î·ÏƒÎ¹Î¼ÏŒÏ„Î·Ï„Î±Ï‚, the answer is that in the future will lead to partnerships with parties that have ideological affinities and no in ÎµÎ¾Î±Î¼Î²Î»Ï‰Ï„Î¹ÎºÎ¬ shapes. Two is the question that will test the political system after the next election. Can’t create a government, without the mandatory participation of the two major political parties, and the possible role of the opposition in the Golden Dawn.
In the first, the answer is that this could and happened in Germany, it can be prohibitive for Greece. In such a case, the Democratic Coalition doesn’t need to participate in a government scheme. Can responsible reason to become a credible main opposition party. There are also other options of government minority with parliamentary tolerance. But I must point out that the invocation of Î±ÎºÏ…Î²ÎµÏÎ½Î·ÏƒÎ¯Î±Ï‚ by some is the veil of political opinion, who have, namely, that the cooperation with the New Republic is a one-way street. If Ï€ÏÏ…Ï„Î±Î½ÎµÏÏƒÎ¿Ï…Î½ the interest of the place and respect the people’s verdict, no one can escape easily from the responsibility.
The republican Left from within the Democratic Coalition is working with consistency and determination for the creation of the social democratic organisation, which will be a reliable solution for the progressive governance of the country.