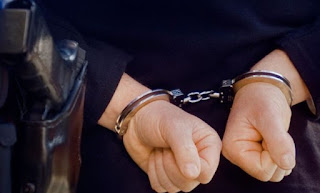 At least 8 armed…
robberies in various post offices in the wider area of Piraeus is alleged to have committed a 44-year-old Greek, who was arrested in the area of Omonia, from officers of the Department of Prosecution of Crimes against Property of the Directorate of Security of Attica.
According to the police, from March 2015, the perpetrator covered his facial features, and with the threat of a pistol, held you down customers and employees of postal outlets and remove sums of money from the funds.
In addition, during the escape of the used vehicle of a particular type.
For the discovery of the offender, set up by the above Service, a special team of police, after months of searches managed to identify him and to locate him in the area of Concord, where, and arrested him.
From further research at home, found and seized a knife, a collapsible batons, two cartridges and one magazine, while another was seized and a PRIVATE car as a means to commit the robbery.
The arrested, he was brought to the public prosecutor at first instance of Piraeus, who referred him to a regular inquisitor.