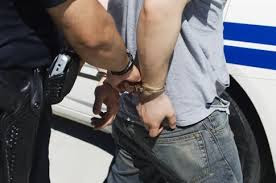 Midday hours of 18-7-2016, were arrested in Aigaleo, from officers Direct Action… (Team DI.NES,.), two (2) nationals of Albania, aged 31 and 32 years of age, who earlier had committed an armed robbery at a store in Egaleo. Arrested two (2) additional people, a 50-year-old citizen of Italy and the 44 year old resident wife, for violations of the Legislation on arms and drugs.
In particular, midday hours of 18-7-2016, the two (2) nationals
Albania entered in store digital prints in Egaleo and with the threat of a gun and a knife, overpowered by the store manager and customers. Then they removed from the fund money and customers money and personal items.
After their departure in a stolen car, off-duty police officer, who was in the store as a customer, he followed them with his private bike, informing at the same time the Centre of Direct Action.
Officers of the Group DI.NES. that have come directly to the point, they were spotted and tried to control them. The perpetrators with a posterior movement of the vehicle rammed the interagency motorcycles and escaped. But after tracking have been stopped and arrested.
Within the stolen vehicle, found and seized :
One (1) pistol with magazine and twelve (12) cartridges
One (1) knife
One (1) hood, type full face
Two (2) hats (jockey type
Two (2) mobile phones
The stolen antiquities objects, which were attributed to the victims
In a search of the premises where resided the 32-year-old, along with the 50-year-old national of Italy and the 44 year old resident’s wife, were found and seized :
A quantity of cannabis weighing -738 – g
One (1) gunship assault rifle Kalashnikov and one (1) magazine
One (1) bulletproof vest
-27 – the old coins
As ascertained, the 32-year-old arrested Î±Î½Î±Î¶Î·Ï„ÎµÎ¯Ï„Î¿ from 1-1-2015, as a fugitive of the detention of Trikala, where was serving a sentence of 14 years for robbery, theft, illegal possession and destruction of property. The 32Ï‡ÏÎ¿Î½Î¿ had been granted ÎµÎ½Î½Î¹Î±Î®Î¼ÎµÏÎ· a regular license, which is not returned to the 31-12-2014,as it should.
The arrested were driven to mr public Prosecutor at first instance of Athens, which referred to a Regular Investigator, and the investigation for their involvement in other offences continues.