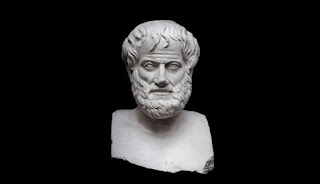 At this point, Aristotle sharply criticises Plato to formulate the questions, which led to a contradiction, because…
on the one hand, claim the ideas are general concepts (at all) and the other at the same time to be separate and individual (in every one).
The fact that this can’t be done, has exhibited long and at other points Aristotle, who considers it to be necessary, although the existence of general concepts, such as ideas, because they create the conditions of knowledge and of science, after the tangible things are flowing and changing realities, but does not agree with the fact that Plato separates the ideas from the felt. Here, he praises Socrates not made this separation. The reason you don’t accept the breakup is that he creates a lot of problems and difficulties in the understanding of the theory of Î¹Î´ÎµÏŽÎ½93, which became apparent in the first part of Parmenidis Plato.
Aristotle classifies the two views of the previous philosophers into two categories. The first is that the ideas are not separated from the tangible beings, referred to and then it comes to concepts related (to what), and the second in that these are separate, so it is created the problem of so-called third man. In any case, Aristotle is convinced that as and if the accept, i.e., separate or non-separate, those who support each of these two posts refute what Î»Î­Î³Î¿Ï…Î½94.
The Î£Ï„Î±Î³ÎµÎ¹ÏÎ¯Ï„Î·Ï‚ lists the following argumentation: if you do not consider the substances, i.e. the ideas separate, in a way that is separate from tangible things (individual beings), then it will set aside the substance of what he wants to say. If the received separate, then the question arises that will put the substances and the principles of these, because if the set individually and not generally, then in that case, the beings will be as many as the elements, which would be Î³Î½Ï‰ÏƒÏ„Î¬95.
It may, however, speculate that Plato considers unjust the attack on the Parmenidis for the separation of ideas from the significantly, if it’s not what he means. It seems that it is attributed to Plato that ÎµÏ‡ÏŽÏÎ¹ÏƒÎµ the ideas from the felt, from the fact that you used the phrase “per se”, i.e. the idea that ÎºÎ±Î¸Î±Ï…Ï„Î®96. It is also apparent from the fact that the ideas are examples not only of tangible, but of such ideas, after all the ideas are born from the one, that is, the idea is good, so that the same idea is the image and example.
93 Left., M.t.f., M 9, 1086 a, 31 â€“ b 7.
94 Ibid., 4, 1079 a, 11-18.
95 Ibid, M, 10, 1086 b 14-24.
96 Left, Lessons learnt. Max., A 1, 1182 b 12-16: “the jar idea Ï‡Ï‰ÏÎ¹ÏƒÏ„ÏŒÎ½ and itself; and the public in Î¬Ï€Î±ÏƒÎ¹Î½ there is, a seal is particularly Ï„Î±Ï…Ï„ÏŒÎ½ the part. th jar if ever the Ï‡Ï‰ÏÎ¹ÏƒÏ„ÏŒÎ½ and Ï€ÎµÏ†Ï…ÎºÏŒÏ‚ itself, it is in all it”.
Source