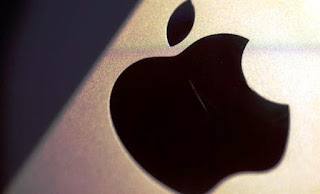 Apple has created a great team of experts on the artificial and… augmented reality (or ÎµÏ€Î¹Ï€ÏÎ±Î³Î¼Î±Ï„Î¹ÎºÏŒÏ„Î·Ï„Î±), who secretly create a relevant prototype devices, which users use to “enrich” those who they see around them.
The company, in accordance with the “Financial Times” and the “New York Times”, it searches for new sources of revenue beyond the iPhone and the iPad, aiming to compete futuristic “gadgets” such as the Oculus Rift of Facebook and its hololens of Microsoft, who also “plays” in virtual reality.
The secret investigation team of Apple, according to reports, it includes hundreds of people who come either from companies that were acquired (such as Flyby Media, Metaio, Faceshift, PrimeSense, etc.), either from competing companies.
The rumors are flying Apple to create devices of virtual and augmented reality for several months now.
The ceo of Apple Tim Cook recently said that this technology “has some interesting applications”.
Already on his famous predecessor, Steve Jobs, the company had experiment on, in the middle of the previous decade, but had then abandoned the effort, considering that the technology was still immature.
But now the technology has advanced and many companies -including Google and Samsung- “bet” now in her as the next big step in the digital consumer technology.
According to the research firm PitchBook, since 2010, have invested a total of about $ 4 billion just in start-ups of virtual reality.
Some analysts believe that the operating system is the next generation for any kind of devices (computers, mobile etc.) based on virtual/augmented reality.
The interest of the Apple -which in the meantime has registered dozens of related technology patents – seems to be rekindled, when Facebook acquired in 2014 the company virtual/augmented reality Oculus Rift instead of 2 billion. $ .
The biggest social network is expected to start selling the device Rift in March instead of about $ 600.
It is still unclear what, exactly, is preparing the Apple, if it will be a “headset” or special glasses worn by a user on his head, if the emphasis is on the integration of relevant technology ÎµÏ€Î¹Ï€ÏÎ±Î³Î¼Î±Ï„Î¹ÎºÏŒÏ„Î·Ï„Î±Ï‚ “smart” mobile phones, or if it is something else (e.x. related with cars).
One does not exclude, however, that, once again, Apple will complete the effort with the presentation of a product. The company, however, refused to comment on the publications.