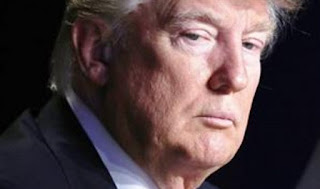 The…
“phenomenon” Trump, attempting to interpret and scientists, including the famous American psychologist John Gardner.
The distinguished scientist decided to mess with the new president making a public diagnosis of “malignant narcissism” and concentrating within 6 days the signatures of 40,000 mental health professionals, judge the Trump unable to govern and are calling for an immediate psych exam.
Speaking to the newspaper “ethnos tis Kyriakis”, the Gardner analyzed the psychological profile of the “toxic” of a new president and revealed that he suffers from… syndrome Hitler.
“We can call it the “malignant narcissism” of Trump as a “personality disorder Hitler”. This is a very delicate issue of comparing Trump to Hitler, because Hitler is the worst person to go through the Story. But the point is that the Trump is of the same â€œpasteâ€. It belongs in the same category with Hitler, from the psychiatric point of view”, highlights the distinguished psychologist, former professor at the University John Hopkins.
He explains that “the term of malignant narcissism that characterizes the Trump was invented by the famous psychoanalyst Erich Fromm – Jewish refugee in nazi Germany – who coined the term to explain Hitler”.
Specialized in borderline personality disorder, bipolar disorder and depression, the Gardner sketched the psychological profile of Trump explaining the criteria used to diagnose as “mentally ill” and “unable to perform the duties of the president of the united states”.
“Meets the criteria for a diagnosis of not just one but three personality disorders. And this is important because the combination of them determines the illness, that of â€œmalignant narcissismâ€. It is the combination of narcissistic paranoid, and antisocial personality disorder.
The combination of the three, makes him really dangerous. All of the above are charged to the maximum of some degree of mania”.