Angelos Syrigos and Zeta Makri are the two persons of the Ministry of Education, following the reshuffle, to which Kyriakos Mitsotakis proceeded and was announced at noon on Monday 4 January 2021.In the new government Angelos Syrigos was appointed Deputy Minister responsible for Higher Education and Zeta Makri Deputy Minister responsible for Primary and Secondary Education and Special Education. Click4more: Reshuffle: All the names of ministers and deputy ministers and who took the river
But who are the direct associates of the Minister of Education, Niki Kerameos?
Angelos Syrigos is a lawyer, associate professor of International Law and Foreign Policy at Panteion University. Since 2002 he has been teaching International Law and Foreign Policy specializing in Greek-Turkish Relations in the Department of International, European and Regional Studies of the University of Athens.
He worked as a lawyer for the Athens Bar Association. He has been a Scientific Associate of the Council of Europe for the review of legislation in Montenegro and Azerbaijan (1999-2002), and has served as Secretary-General for Population and Social Cohesion at the Ministry of the Interior (August 2012-April 2015).
Zeta Makri
As far as Zetta Makri is concerned, she is a lawyer in the Supreme Court and was elected as a member of Parliament in the Magnesia constituency in 2000 and 2004. Also, since April 2013 he holds the parliamentary seat of New Democracy. From January 2011 until the 2012 elections she was Deputy Secretary of Political Planning of sw. 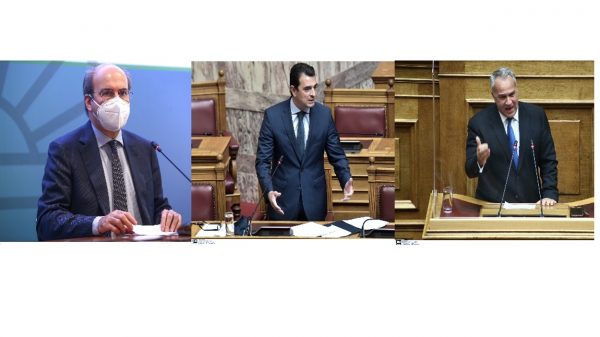