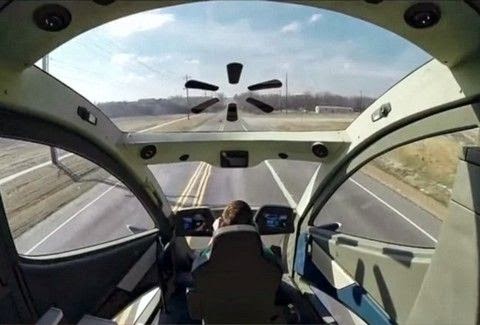 The most advanced truck on the planet, which bears the marks of the american giant Walmart, it has a hybrid drive system, top-notch aerodynamics and is made of…
carbon fiber.
The impressive vehicle, called the Walmart Advanced Vehicle Experience, or simply WAVE. According to the Walmart for the move used a prototype of a hybrid drive system that combines an electric motor with a turbine of the Capstone. The small dimensions of the above gave greater freedom in the design of the cabin. The driver sits right in the centre of the futuristic rig and control any function through large touch screens.
The trailer of the WAVE has a length of 16 m and is constructed largely from carbon fiber. Yes, the panels are at the sides of the are in accordance with the Walmart, the bigger one-piece items from a carbon fiber ever made. So the weight is more than 1,800 kg lower than a conventional trailer of a corresponding size.
The WAVE was made to advertise the effort of Walmart to reduce emissions of its fleet, which numbers more than 7,000 trucks on The.E.A. This is an interesting prototype, but it is unknown if and when it will be released on the street, so the Walmart bought at present about 1,000 new tractors that consume 12% less than the existing and, aside from the obvious benefit to the environment, they will save about $40 million. in the company.