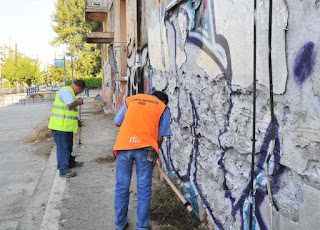 Started the discussion of the amendment for the extension of the…
contract of cleanliness in a public-OTA until 31.12.2017. The amendment, which , as he has written the aftodioikisi.gr, has been incorporated as article 16 of the bill of the ministry of Education for the Greek Foundation for Research and Innovation”, is to decide on the afternoon of the Third with three key changes
-Will be extended to 31.12.2017 the contracts of all those who had extended to 31.12.2016, including Î´Î¹Î¼Î·Î½Î¹Ï„ÏŽÎ½ who were hired in 2015, and then renewed by the well-known new year’s PPTH. I will include the Î´Î¹Î¼Î·Î½Î¯Ï„ÎµÏ‚ recruited in 2016.
â€“All contracts will be extended automatically, and their extension is not dependent on the appropriations entered in the relevant budgets”, a phrase that will be removed from the amendment that has been tabled in Parliament. This is particularly important as in such a case, the municipalities will not be able to refuse, citing financial problems, the extension of the contracts.
-Will have a retroactive effect on the contracts that expired 90 days before the publication in the government GAZETTE of that amendment, which means that it will include all the 8Î¼Î·Î½ÎµÏ‚ of 2016.
Source