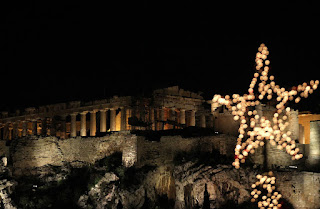 Separately will be this Christmas…
as after 38 years will celebrate under the light of the full moon. According to NASA, the last time that the birth of jesus Christ was celebrated with a full moon was in 1977, while it’s not going to happen again until 2034.
The year was marked by several impressive lunar phenomena, culminating with the super Moon on 20 March, when the moon got too close to the Earth (called perigee), but because of the New Moon was not visible, and just “jammed” almost half the Sun-causing a partial eclipse
Source