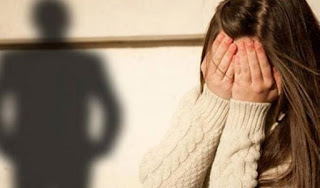 Discreetly and with great care examine the police authorities of Elis, cases that refer…
in harassment of children by an unknown man.
This is for incidents that allegedly occurred the last three days and the authorities are very careful, as it does not have been clarified completely, and for this and have not given further details.
The information report that the police authorities have reported two incidents of parents who were worried, in particular, and considered it appropriate to inform the police in order to determine if it is something serious or random occurrences.
So far there hasn’t been anything official, the information however they do say in one case that afternoon an unknown man approached a girl about 10 years old, at the time he was walking. The man was found behind his back and reportedly he reached out his hand to the child, without, however, a follow-up.
In the second case is also reported by an unknown man approached a girl of the same age, and made several personal questions, without expanding further.
The parents of the children, but also acquaintances or neighbors who realized what had happened and in both cases, were alarmed enough highly and reported the incidents to the police and already investigated by the authorities.
The information is actually reported that will be examined, and security cameras from a point to determine what it is about and accordingly you will determine if you will need further action.
Source