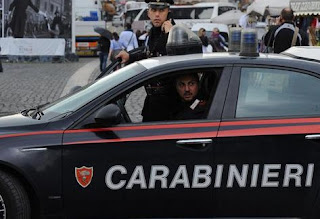 The Main Train Station of Rome, has reopened after being evacuated for a short period of time because of the petitions were for an armed man who was circulating in the area, reported the Ferroviere dello Stato, the public rail company of Italy.
Has not been clarified so far if arrests were made. The newspaper Il Messaggero claims that the alarm sounded because it detected a suspicious package.
The station Termini is the largest in Italy, and every day it serves thousands of passengers. The social networking sites some of the raised pictures from the evacuation and from passengers who were blocked in trains.
Rome has been in a state of alert because of the visit of the Iranian president Hassan Î¡Î¿Ï‡Î±Î½Î¯ in Italy.
At the time of the attack in the train station, the iranian.