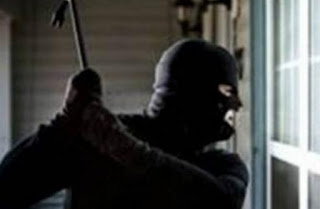 In the Hospital, ended up a person after he was attacked he and his friends, by strangers, in a shop in the street Karpenisi…
Specifically, a group of young at 2 in the afternoon and while he was in the outer shop area, they saw approaching a group of hooded men Immediately, and once they realized that coming toward them, they entered in the shop and closed the door in order to avoid probably the fray..
According to eyewitnesses, the strangers with various objects held in the hands were banging on the entrance door in order to enter within the area of..Fearful of the staff and the patrons were watching the blows of strangers, which resulted in breaking the windows of the store and one of the group of young men to be wounded in the hand .
Some ÏˆÏ…Ï‡ÏÎ±Î¹Î¼ÏŒÏ„ÎµÏÎ¿Î¹ called the police, the strangers fled while under investigation for the incident and for the perpetrators! Source