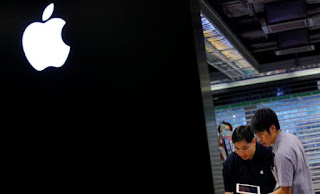 The â€œfoundâ€ between Apple and Ericsson, as well as settled the legal dispute that for a long time raged between the two companies concerning the complaints of the Swedish company that Apple uses patents without having the necessary legal permits.
According to Marketwatch, the companies have agreed to licensing for these services, opening the way for cooperation between the two giants of technology and industry.
The battle that had started between the two giants was the licensing of use of services, Ericsson claims that Apple violated its patents for technologies essential to the operation of mobile devices. Ericsson, the largest maker of wireless networks, it searches for more revenue from the rights it grants, since the competition is pushing down profits.
Now, the companies plan to cooperate in many areas of technology, including the creation of technology 5G. Apple will make an initial payment to Ericsson, and then would pay for the rights in the framework of the pact of seven years.
After the notification of the collaboration, the shares of Ericsson record gains of 7% in Stockholm, while Apple is retreating by 2.7%.