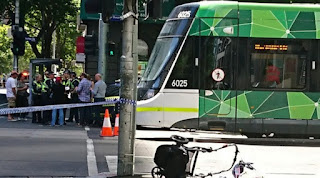 At least…
three people lost their lives and 20 were injured, when a car driver crashed into pedestrians in Melbourne.
According to the correspondent of ERT in Australia, the 35-year-old driver of the car is of Greek origin, and before the act had the altercation with members of his family on the subway.
The MEDIA in Australia, report that the car was moving strangely before the crash, which happened during lunch break, the time that the number of pedestrians increases while reports are heard at least one gunshot wound.
According to police, the driver threw from the intention of the car over the pedestrian, without, however, making a reason for terrorist action.
Among the dead are at least a little child.