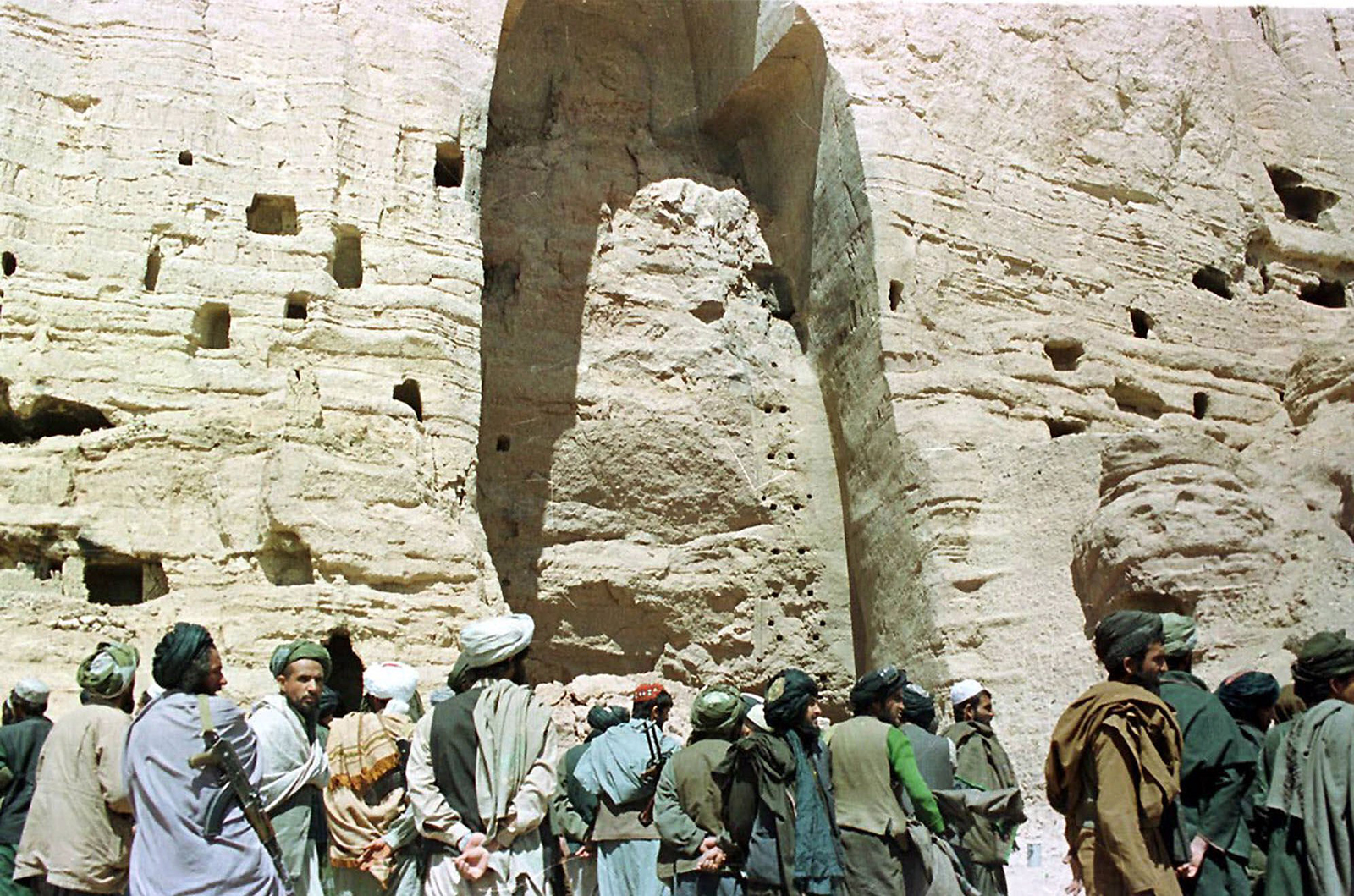 Taliban soldiers stand at the base of the mountain alcove where the tallest Buddha statue once stood 170-feet high, Monday, March 26, 2001 in Bamiyan, Afghanistan. One month ago, the Taliban's reclusive leader, Mullah Mohammed Omar, ordered the destruction of the mammoth mountain carvings and all other statues in Afghanistan. (AP Photo/Amir Shah)

There are two UNESCO World Heritage Sites in Afghanistan, including the Bamiyan Valley, where the Taliban blew up two giant Buddha statues in 2001 before ousting them from power.

“In the midst of rapidly evolving events and 20 years after the deliberate destruction of Buddhists in Bamiyan, a UNESCO World Heritage Site, UNESCO Director-General Ondre Azule is calling for the protection of Afghanistan’s cultural heritage,” UNESCO told AFP.

“It is vital for Afghanistan’s future that these monuments be protected and preserved,” the statement said.