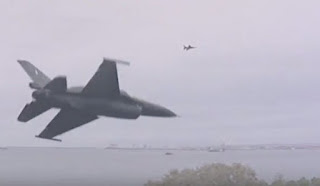 There is no end to the challenges from the side of Turkey…
After the minister of Foreign affairs took a turn, the prime Minister of Turkey… challenges 130 islets in the Aegean and threatens to… answer Greece.
The statements of Burning, says the ÎœÏ€Î¹Î½Î±Î»Î¯ YÄ±ldÄ±rÄ±m does not have any meaning for Turkey. While Cavusoglu speaks to the challenges of Burning the prime Minister of Turkey goes a step further, threatening with a response…
â€œWe respond to the provocative moves that come from the other side with a smile. We should not interpret this wrongâ€, says the Turkish prime Minister.
Yes, he wants to… is greyed out a large part of the Aegean sea, most of the islets that challenges Turkey exceed 100, 130 as he says, stressing that â€œthe problems in the Aegean is not new, but they have a long historyâ€.
Annoyed appears the Turkish prime Minister on the subject of 8 military officers who fled to Greece after the failed coup:
â€œI have sent a letter to mr. Tsipras for that. In this I express again our expectation for the issue of these people with the review of relevant decisions in the context of the law,â€ he said.