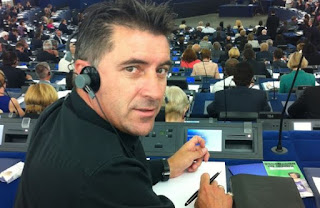 With a large majority approved the proposals of the mep of the SOUTHWEST. Î–Î±Î³Î¿ÏÎ¬ÎºÎ·,… were deposited by a series of amendments, in the context of the report on the “role of the intercultural dialogue, cultural diversity and education in the promotion of the fundamental values of the EU.”
Through the amendments, mr Zagorakis has highlighted the importance of sport in social inclusion and the fight against social phenomena such as violence, racism and xenophobia. At the same time, developed the possibilities that arise for effective intercultural collaboration through the internet and communication technologies. Finally, the amendments stressed the importance of the expanded dialogue with international bodies and civil society, with a necessary condition the mutual respect, the recognition and protection of our cultural heritage.
On the occasion of the adoption of the relevant amendments in the Plenary Session of the European Parliament in Strasbourg , mr Zagorakis said “Europe is based on mutual respect and mutual understanding. You have to seize every opportunity that brings us closer, through the correct transmission of such messages to the citizens.” In conclusion, the mep for the SOUTHWEST, stressed that”one must respect the other, we move ahead together, knowing one of the cultural heritage of the other, Europe, we are all of us.”