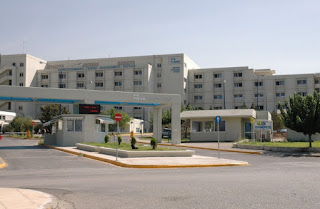 Practices reminiscent of the tactics of previous governments, although… campaign Î¼Î½Î·Î¼Î¿Î½ÎµÏÎ¿Î½Ï„Î±Î½ as odious, looks like he uses now, and the new government of the place, with regard to the appointment of Governors Hospital.
At the level of Achaia, the evaluation of the Governors of the hospitals has been processed, while not a single one will remain in place after they have already dismissed.
With the completion of the evaluation initiated by the submission of cvs from interested parties, the process definition to be placed in time in mid-February.
However, the party apparatus looks like he will play a key role in the developments and on placements.
According to information, the Prefectural Committee of SYRIZA Achaia, already preparing the list of recommended candidates to the Minister of Health, while not a few of the Î±Ï…Ï„Î¿Ï€ÏÎ¿Ï„Î¬ÏƒÎµÎ¹Ï‚ politicians belonging to the Ruling party.
According to the same information, the interest for a post Commander or a member of the Board of directors of the hospital of Patras is already large, with the… phones to have gotten “fire”.
We remind that the above practices were followed in tons in the previous years by the parties of new democracy and PASOK, which placed the authorities persons trust them, coming of course from a partisan web.
Source