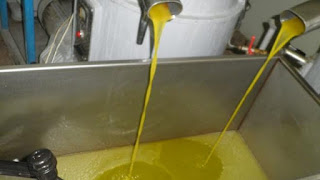 An incredible incident occurred in the morning in a mill in the village Grove of the Confederacy of the Municipality of Aigialeia, in Achaia…
As report information, unknown assailants, possibly Roma, they entered the space that belongs to the Agricultural Cooperative, probably from a small window, and having opened the door, they managed to load into a white van hundreds of pounds of oil, with a total value of over 3,000 euros.
The vehicle quickly developed speed, but have seen locals who informed the President of the Cooperative Vasilis Liapis, who is the Chairman of the Community.
He immediately informed the police and started from the Line where he resides, to the point.
On the way he saw the vehicle in the junction of the Panorama, and followed it, while as he said to the cops, in the path of the oil spilled from the inside of the van.
By the time the following far and car Safety Aigio which continued to hunt the perpetrators, but without result.
The unknown burglars still being sought…