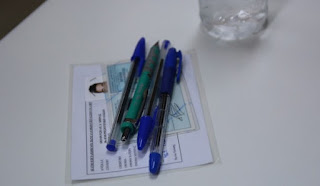 Four months ago…
the national exams and the changes continue. Tuesday night was prepared setting to the adoption of a bill of the ministry of Education completes the set of changes in this year’s pan-hellenic and, more generally, a high School senior.
H series of arrangements voted on today in the House
If and the May considered in the last years, the “month of the Order”, the ministry of Education, under the law for the New high School passed in 2013, it shifts for the first year, the performance of ÎµÎ½Î´Î¿ÏƒÏ‡Î¿Î»Î¹ÎºÏŽÎ½ tests of third Grade before the National.
The planning of candidates in the Panhellenic reversed this year, as the exam will be conducted in the second week of June. Candidates will have around 10 days of “break” between the ÎµÎ½Î´Î¿ÏƒÏ‡Î¿Î»Î¹ÎºÏŽÎ½ and Nationwide in order to prepare for the exam.
Elimination of repetitive panhellenic examinations of this year set by the ministry of Education.
For the first time given the opportunity to the students of C high School and C high school) to take the ged in three testing periods, with two examinations namely, in June and September.
Institutionalized permanently the 10% that gives you the opportunity to participate again in the university entrance, holding the rank achieved in the first. Their involvement in fact can no longer be made for two and not for one year only.
In relation to EPAL for the first year are given the ability to input with a rate of 1% in the universities. Until now the candidates have access only to the faculties of the TEI. In the next few days is expected and the relevant ministerial decision, for which schools will have the opportunity to be introduced.