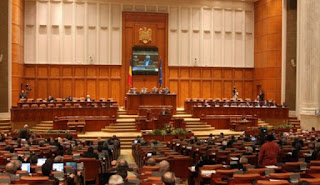 The social democratic…
government of prime minister Duo Î“ÎºÏÎ¹Î½Ï„ÎµÎ¬Î½Î¿Ï… in Romania has repealed this ordinance that relaxes the laws against corruption, according to a government source.
“The decree is repealed,” said a senior government official told Reuters adding that a formal announcement will be issued soon.
Yesterday, Saturday, the prime minister stated that it would abolish the decree bowing to the pressure of the great popular mobilisation.
If it were the decree, would protect dozens of politicians from prosecution for charges of corruption.