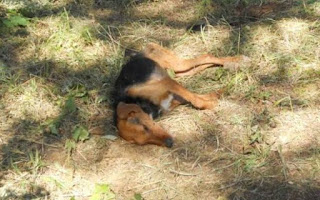 In a sentence of one year in prison, but on probation. pay a fine of 5,000 euro, was sentenced a resident of Makrinitsa in Pelion, because he was found guilty for animal abuse.
The sentences imposed on the Three-member criminal court of Volos, because the Easter of 2012, the convicted defendant alleged to have shot a dog and cats in the area of Makrinitsa.
The report but for the actions of two neighbors with the result of the case to reach and be heard by the justice.
The offender denied the allegations and argued in court that he is an animal lover, she has grown up with animals, and expressed the view that the two Î¼Î·Î½ÏÏ„ÏÎ¹Î­Ï‚ have proprietary differences with him and in parallel filed an appeal on the judicial decision.