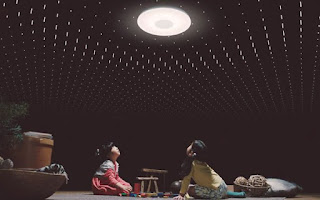 Sony presents its own innovative and truly â€œsmartâ€ light fixture, which…
apart from the obvious functions it is expected that it will change the daily lives of users with a variety of different uses.
The Sony Multifunctional Light mounted on the ceiling and has several sensors in order to make your life easier, such as, for example:
Control moisture levels to turn on the aircondition
Motion recognition to switch on the tv when you are in the room
Temperature control for activation of the thermostat and the radiator
It also has a built-in speaker and microphone for music playback, slot for memory card and system setup to open/close only when you are away from home. Of course, it can be connected with the smartphone to adjust the color and intensity of brightness.
The Sony Multifuntional Light will be released before the summer in Japan, but it has become known the price of the.