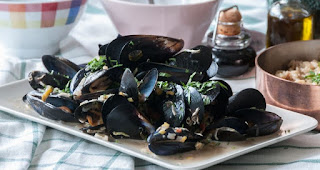 The cancers are prevalent in marine bivalve (mussels, oysters, clams, scallops, Ï€Î¯Î½Î½ÎµÏ‚, quinces etc.) and yes, they can…
transmitted from one species to another.
This reveals a new international scientific research, according to which these popular species of the sea suffering from a neoplasia resembling leukemia which is contagious, not in humans, but in other similar species.
The researchers, led by professor of biochemistry Stephen Goff of the Department of Microbiology of the Medical Centre of Columbia University, New York, who made the relevant publication in the journal “Nature” collected mussels, cockles and clams from various locations in Canada and Spain and examined for cancer.
The genetic, histological and other analyses showed the presence of tumor cells in some of the samples, while it was found, and the transmissibility between different species.
Scientists warn that the spread of cancer and even between different species may be more common than had been assumed until now. As pointed out by the researchers, these contagious cancers show the remarkable capacity of tumors to adapt, to survive and to spread.
The biological mechanisms of spread and transmission of cancer in marine bivalve remain unknown. One possibility is that the cancer cells floating freely in the sea and penetrate to the marine organisms through the digestive or respiratory tract.
Until today, scientists know of eight transmissible cancers in nature: a in dogs, two in the “Tasmanian devils” and five in the molluscs. I don’t exclude that in the future, they’ll find other cases, if and -until now at least – the communicability of cancer is considered to be the exception. The big question mark -and the big fear – is whether it is easy for there to be transmission of cancer in humans.