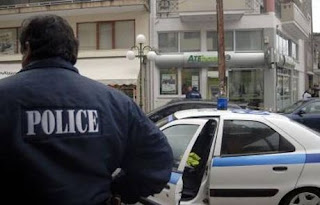 The Î±Ï€Î¿Î´ÎµÎºÎ±Ï„Î¹ÏƒÎ¼Î­Î½ÎµÏ‚ police services is the first issue over which must be… bend over the leadership of the EL.NES. Police officers, especially in the rural areas are called upon to manage … their loneliness and with a multitude of affairs which are recorded on a daily basis. That, however, will intensify the feeling of security to the citizen when a police officer is attributable to the hundreds of citizens who require policing and protection?
Characteristic is the example of Ierapetra, where policing is essential because, on the one hand of the hotel units, in particular, the summer host to hundreds of tourists and on the other hand, the greenhouse unit, where are employed about 10,000 immigrants. “In Ierapetra, a police officer to 700 citizens!” says the president of the Union of Police officers, Lasithi, George Kartsakis.
D.P. the Union of Police officers of Lasithi met yesterday in order to arrive at the locations of the local EL.NES. on the restructuring plan unveiled last Thursday in Heraklion. The cops in Lassithi disagree with the removal of A.T. Naples, and merge it with A.T. St. Nicholas, as the police officers are expected to assume a double responsibility without substantial aid, and given that, apart from the courts in Naples and the hotel units, will be put into operation a new detention facility for 400 people, given the result of the deterioration of the situation. “We can’t accept the removal of the Ah.T. Naples, but on the contrary, we strengthen it with police,” – says the president of the Union and underlines the problem of the lack of police in Crete. “We ask that in the next few transfer open up positions in Crete. The police in Crete should be strengthened” – quoted the C.Kartsakis.
With regard to the affiliation of the department of Narcotics in the sub-directorate Security of Agios Nikolaos – something referred to in all the prefectures of Crete – mr. Kartsakis stresses the effectiveness of the department as today, and the numerous successes of expressing the belief that “a good service with many successes, it is good to work autonomously”.
At the same time the police services of Ierapetra, the Security department and the Police department is provided, in accordance with the plan, to be abolished, merging with the first.T. of the area. “We believe that this will hurt the police, as well as Ierapetra is the 4th largest city of Crete, with hotels and a large number of tourists, crops, and about 10,000 foreigners,” – says the president of the Union of Police officers of Lasithi.
The comforting of the case, however, is that the rumors about the abolition of the Police Station by koutsouras not verified and a request to maintain A.P. By koutsouras heeded.
Source