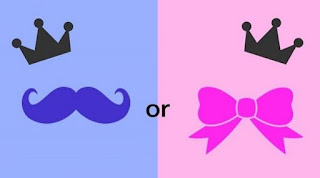 Here is an ancient chart that will help you to discover the sex of your baby before the scheduled ultrasound…
How does it work?
The women’s age is the chinese age of the woman while the month of conception the chinese lunar month.
The letter (B) means boy, and the letter (G) means girl in the chart. In a few words, so find your age and month of conception and find out if the baby you are carrying is a boy or a girl.

How did the painting?
This chinese painting of predicting gender of the baby of the dynasty of Ching, it was revealed in the journal of Taiwan in 1972. It is said that the chart of the dynasty of Ching, he disappeared from the imperial summer residence of the family after the battle of 1900. Then the table was sent to Britain. Since the original paper is written in the language of the Manchu, king of the Britons translated it and kept it as a treasure. Later, the paper appeared in Austria. A Chinese scholar saw it, copied the contents and brought it back to Taiwan where it was published in the journal.
Since then, this board predicting the sex of the child is published in chinese books farmers ‘ Almanac every year.
Another doubtful story circulating in the internet, is how the chinese map prediction of the sex of the baby, found in a tomb of a believer of the family of Ching and is estimated to be about 700 years old.
See the different versions of it circulating on the internet and see if that will get you is a boy or a girl.