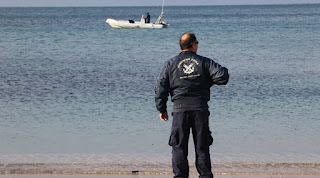 Daily tends to be the phenomenon of drowning in the seas of Crete, with most of the victims are tourists who…
come to the island to enjoy their vacation.
In the last three days have drowned four people which is causing concern to authorities and society.
From these four people, three of them are tourists while in a single day, namely on June 23, recorded two drownings.
4 drownings in three 24-hour
In three 24-hour four people left their last breath in the sea.
June 24: On June 24 a 65-year-old tourist is lifted a dead man from the beach of Gouves.
23 June: A 70-year-old Swiss left her last breath on the beach of ÎšÎ¿ÏÏ†Î±Î»ÏŽÎ½Î± in Kissamos.
A 72Ï‡ÏÎ¿Î½Î· Î§Î±Î½Î¹ÏŽÏ„Î¹ÏƒÏƒÎ± retracts dead from the beach of Kyani Akti of Kalyves Apokoronou.
22 June: Dead pulled a 72-year-old Dutch tourist in a beach of Malia.
Source