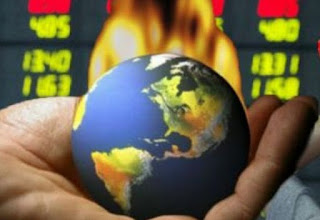 Tragic was the month of January for the global economy, and the truth is that the rest of the 2016 promises to be a lot worse situations…
The fire is growing at a rate we haven’t seen since the last recession, the major retailers are closing hundreds of locations, corporate profit margins sink, world trade is slowing dramatically, and several large european banks are in free fall .
But the facts speak better. The following are 22 signs that the global economic crisis that we have seen so far in 2016, is only the beginning:
1. The number of job cuts in the United States has soared 218 % during the month of January, according to Challenger, Gray & Christmas.
2. Index Baltic Dry dropped a new record low of all time on the 303.
3. In the US factory orders fall for 14 months in a row.
4. In the U.S., the performance index Restaurant just fell to the lowest level we’ve seen since 2008.
5. In January, the orders for the category of large trucks fell 48% compared with a year ago.
6. The railway traffic is also slowing significantly.
7. Corporate profit margins Î­Ï€Î¹Î±Î¾Î±Î½ ceiling during the third quarter of 2014 have been steadily declining since then. This usually happens when we are in a recession.
8. A series of extremely disappointing corporate quarterly reports .
9. The bond market Junk continues to freefall on Wall Street.
10. On Thursday, a major british news source called public five large european banks that are considered to be in very serious danger:
Deutsche Bank, Credit Suisse, Santander,Barclays and RBS are among those banks whose stocks are falling sharply, sending shock waves through the financial world,
11. Deutsche Bank is the largest bank in Germany, and has more exposure to derivatives than any other bank in the world. Unfortunately, now they tell us that there is deep turmoil in the bank and that the complete collapse may be imminent.
12. Last week, we learned that Deutsche Bank had lost a staggering amount in the range of â‚¬ 6.800.000.000 2015. The most important bank in Germany is extremely upset, and could end up being for the EU that Lehman Brothers was for the United States.
13. Credit Suisse has announced that it will eliminate about 4,000 jobs.
14. Royal Dutch Shell has announced that it is going to do the same for the number of 10,000 jobs.
15. Caterpillar has announced that it will close five factories and fired 670 workers.
16. Yahoo has announced that it’s going to lay off 15% of the total labour force.
17. Johnson & Johnson announced that it is cutting its staff by 3,000 jobs.
18. Sprint just laid off 8% of its workforce and the GoPro is ready to do the same for the 7 % of workers.
19. Across America, retail stores are closing at a staggering rate. See examples :
-Wal-Mart closing 269 stores, including 154 in the interior of the United States.
-The K-Mart is closing more than two dozen stores in the next few months.
-J.C. Penney closes 47ÎºÎ±Ï„Î±ÏƒÏ„Î®Î¼Î±Ï„Î± after the closure of a total of 40 stores in 2015.
-Macy’s Has decided that it needs to ÎºÎµÎ¯ÏƒÎµÎ¹ 36 stores and lay off about 2,500 workers.
-The Gap is in the process of closing 175 stores in North America.
20. According to the New York Times, the chinese economy is facing a mountain of bad loans that “could exceed $ 5,000 billion”.
21. Japan has put in place a program of negative interest rate in a desperate attempt to try and banks to give more loans.
22. The global economy desperately needs the price of oil to be reversed, but Morgan Stanley says that we will not see $ 80 oil again until 2018.Source