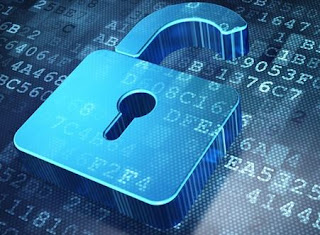 Satisfactory performance record in Greece in the field of security…
Internet, moving close to the levels of the Community average. In our country, in 2015, 26 in every 100 Internet users have experienced security problems, when the average in the R.E. is 25 out of 100.
This image describes the report, released yesterday by Eurostat for the safety of the Internet, with the occasion of the world day of Safe Internet.
According to these data, the smallest percentages of users who encountered security issues in the use of the Internet, the Czech republic (10%), followed by the Netherlands (11%), Slovakia (13%), Ireland (14%) and Cyprus (15%).
On the other side of the relevant ranking is Croatia, where almost one in two users encountered security problems on the Internet in 2015(42%). Following Hungary (39%), with Portugal following (36%), and Malta and France (34% and 33%, respectively) to complement the quintuplet countries, where users of the Internet have suffered security issues. Fears
The Eurostat report highlights an interesting – and reasonable – point: the fear about the dangers of the Internet continues to discourage the Europeans, and Greeks among them – from online shopping and online banking. In fact, almost one in five Europeans (19%) back on purchases through the Internet and banking (18%), because of the fear for the security of transactions. In addition, 13% of European users are not connected to the Internet from a mobile device or through a wireless connection outside the home for the same reason. The corresponding rates in Greece for 2015 is 15% for shopping, 22% for banking and 2% for out-of-home wireless connection. (Table Selected on-line activities not done because of security concerns, 2015)
Cases
Overall, however, the image of the security of the Internet in Europe appears to be improving over time. As stated in the Eurostat report, while in 2010 the percentage of users that have a virusâ€ through the Internet amounted to 31% in 2015 decreased by 10 points to 21%.
In Greece, the corresponding reduction was 9 units, with the percentage of users that have a virusâ€ through the Internet to be reduced in our country in 2015 to 25% from 34% in 2010. (Table: Share of internet users who caught a virus or other computer infection)
Source