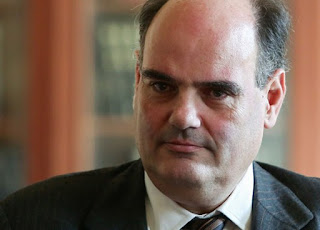 HXHTIKO: “THE government needs to realise very quickly that leads to the…
economy is in a complete deadlock”, – stressed the deputy head of the sector of Economy.D., Theodore Î¦Î¿ÏÏ„ÏƒÎ¬ÎºÎ·Ï‚, speaking on “Radio Marconi 96,1 F.M.” of Volos and to Antonis ÎšÎ¿Ï…Î¼Î¹ÏŽÏ„Î·, calling the situation “tragicomic, because on the one hand, everybody owed and on the other hand the state is trying to collect these, which no one can pay”.
More specifically, mr. Î¦Î¿ÏÏ„ÏƒÎ¬ÎºÎ·Ï‚, said: “The new year started with extremely bleak prospects, and with the great anxiety of the people who are not coping financially and, in particular, with freelancers, who see their class to fall apart now, because they are in a complete inability to most of them to fulfil the heavy obligations imposed by the Ï†Î¿ÏÎ¿Î¼Ï€Î·Ï‡Ï„Î¹ÎºÎ® policy followed by the government of SYRIZA – ANEL in the last few years. It is impossible for freelancers to pay 2,000 – 3,000 euros, which is now asking the government for insurance, it is impossible to pay the advances which they require and, of course, for all of the citizens it is impossible to be able to make their purchases as before, paying everything more expensive, from petrol as the coffee. We are in a situation which is driven no longer in a financial dead end and the big lie is to deny, to not see it in the eyes and not take the minimum, those measures that would allow us to escape from this vise.
So I think the government needs to realize very quickly that drives the economy to a deadlock… 1.6 million Greeks have debts for which they have already initiated procedures or moving. So we are in a situation which is tragicomic, because on the one hand, everybody owed and on the other hand the state is trying to collect these, which nobody can pay. Where, who has conceived such a plan, which leads everything in a general paralysis. I think we need to pull together and to take measures of rectification, because otherwise you from the bottom of the sea, which already we are, we will not be able to get to the surface”.
Continuing to the member of the official opposition, pointed out: “I have Listened with great attention to the statements of the government when he decided to divide the little that’s supposedly a surplus which he gave to the pensioners, and I remember that the government has stressed many times that it has been an outperformer in revenue for 2016 and from this outperformer a piece can give it to those who need it most. First of all, it was Ï…Ï€ÎµÏÎ±Ï€ÏŒÎ´Î·ÏƒÎ·, but for Ï…Ï€ÎµÏÎ±Ï†Î±Î¯Î¼Î±Î¾Î·, which is a size that we need to put next to those which the state owes to private individuals, because the state when he says he can spare a billion, he forgets that he owes over 6 billion individuals. So we are in a situation where things are completely different from those which the government wants to present, but the world feels and knows and understands. And he sees the banks with the red loans, which they can’t recover. Seeing the extremely negative investment environment, which every day becomes less and less attractive for any investor. See the measures for the plastic money not to work, because while the Law, for so long after not having taken the slightest care to get the terminals needed. We see the fraud of the gutter, we see the smuggling of fuel instead has been reduced, as promised by mr Tsipras in the beginning of his term of office, has risen sharply and say where are we going? We need to put a dot on them, because otherwise we’re lost”.
Listen to the relevant audio excerpt from the interview on Radio Marconi 96,1 F.M.: