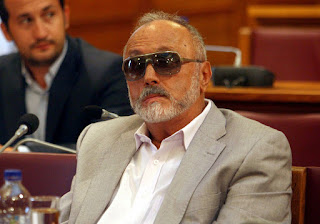 Communication is a Two – Karamanlis, the electoral law and the civil partnership spoke to the minister of the Interior Panagiotis ÎšÎ¿Ï…ÏÎ¿Ï…Î¼Ï€Î»Î®Ï‚, in the morning …
show Mega. “We opened the issue of the electoral law to have a dialogue and we have said that there is a need to move in a dialogue to arrive at an electoral system more fair,” said mr. ÎšÎ¿Ï…ÏÎ¿Ï…Î¼Ï€Î»Î®Ï‚ and added: “We are open to talk to everybody, to hear the society for the new electoral law, which must not come at the end of the four-year period”.
Mr. ÎšÎ¿Ï…ÏÎ¿Ï…Î¼Ï€Î»Î®Ï‚ criticised and in the SOUTHWEST, which. according to him, does not exercise the right opposition. “The Î³ÎºÎµÎ¼Ï€ÎµÎ»Î¹ÏƒÎ¼ÏŒÏ‚ of the extreme right for farmers is unbearable. With this right there can be no convergence.
Asked about the communication is a Two – Karamanlis, the minister noted that “we don’t have an inferiority complex talking the prime minister with a former prime minister”.
Source