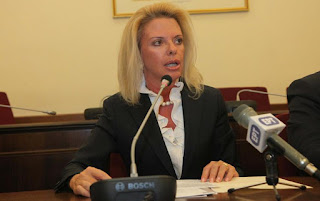 “Making unilateral actions, when you have signed that any action of this kind (to be given i.e. the surplus) would be… there had to be assent, (it) has brought a reaction,” noted mrs Î’ÏŒÎ¶ÎµÎ¼Ï€ÎµÏÎ³Îº, speaking at the Agency FM.
Member of the european parliament of the New Republic spoke of a “bilingualism of the government” on the outside and the inside and expressed fears about the prospect of signing of a fourth memorandum of understanding, allocating, inter alia, the government’s lack of credibility. “The 4th memorandum of understanding will come, if you come […] because they have not moved the reforms, not the objectives have been met,” commented mr. Î’ÏŒÎ¶ÎµÎ¼Ï€ÎµÏÎ³Îº.
“Lenders have the upper hand,” he stressed, underlining that he would “have to be consistent”.
She pointed out that in the European Union, we have allies but our allies are not the majority and not so powerful as to bend the resistors anymore of the member-states”, while the possibility of early elections commented: “I Think that […] if in the second paragraph of the government there is the design rupture (with their institutions), the election will be inevitable”.
With regard to the refugee, commented that “may has political dimensions, european texture -and world – but actually it affects our country because of its geostrategic position”, while she made a reason for inconsistencies from both the Turkish side and from the side of Europe that “we should find a government in our country that has a clear plan and a clear plan of a second”. On the contrary, as he said, “it’s all makeshift, piecemeal and without infrastructure”.
Source