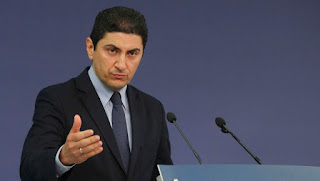 The changes introduced by the Government in special education, with the result that they are in the air all the contracts of the centres of a special… treatment with EOPYY and exacerbated the anxiety and stress of parents and children, referred to the Registrar IP of the SW – Mp of Heraklion, mr. Lefteris Î‘Ï…Î³ÎµÎ½Î¬ÎºÎ·Ï‚. In particular:
“The Ministry of Health and EOPYY had announced and committed that by the end of 2016 we will have completed the process of ÏƒÏ…Î¼Î²Î±ÏƒÎ¹Î¿Ï€Î¿Î¯Î·ÏƒÎ·Ï‚ of all providers of health hardware, consumables care and Special Education.
However, the 2017 arrived, the first month is almost over, and the special education is in the air. The extended pending the signing of contracts accuse the draft, free design and urgent procedure chosen by the EOPYY. The hasty, and without meaningful consultation, initiative, specifically for the major issue of Special Education, raises doubts and concerns to ensure the unhindered access of children who are in need in services of special education.
Important conditions, such as the design and effective consultation, for the settlement of important issues have not been complied with resulting in the appearance of significant problems in the attempt of application of the convention.
The problem becomes even more serious, since it has not yet been issued the Ministerial decree that will allocate their tight budgets per category of Health-care Goods while it is still unclear the framework of values. The result of this is, don’t the parents know the cost of the session, while the rumors for coverage in the amount of eur 4-5 for every session increase the agony of the parents and there are legitimate concerns about a major burden on the family budget.
Citizens are entitled to have full and valid information about such important and sensitive issues as the State must provide guarantees for the uninterrupted provision of services in Special Education (speech therapy, occupational therapy, physical therapy)”.
In fact, in a parliamentary speech on this issue, mr. Î‘Ï…Î³ÎµÎ½Î¬ÎºÎ·Ï‚, in cooperation with the section chief of Health, mr. Economou, and another 20 members have raised the following questions to the competent Minister of Health:
“1.We will ensure meaningful consultation prior to the signing of the contracts?
2.There will be a negotiation so as to ensure prices are affordable for the Public?
3.When you issued the Material.A. for the allocation of budgets per category of providers to you?
4.Has taken about the adequacy of closed budgets so as not to endanger the citizens ‘ access to critical services, such as the Special Treatment?
5. What do you answer to the agonizing questions of thousands of families with the ineffective policy you have make hostages?”.